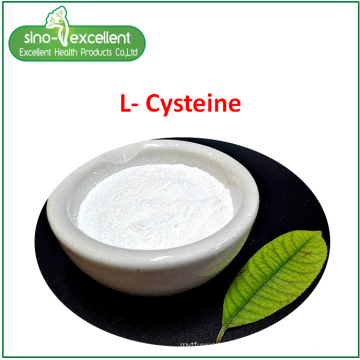 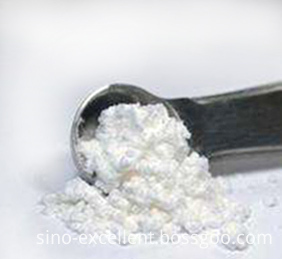 1. L-Cysteine is one of the 20 natural amino acids and, besides methionine,the only one which contains sulfur.
2. L-Cysteine is a thiol-containing non-essential amino acid that is oxidized to form CYSTINE.
3. Cysteine is a non-essential sulfur-containing amino acid in humans, related to cystine, Cysteine is important for protein synthesis, detoxification, and diverse metabolic functions. Found in beta-keratin, the main protein in nails, skin, and hair, Cysteine is important in collagen production, as well as skin elasticity and texture. Also required in the manufacture of amino acid taurine, Cysteine is a component of the antioxidant glutathione, and plays a role in the metabolism of essential biochemicals such as coenzyme A, heparin, and biotin. (NCI Thesaurus (NCIt))
4. L-Cysteine is used as a precursor in food, pharmaceutical and personal care products. It is actively involved in the production of flavors such as meat flavor obtained by reacting with sugars. Also used for the cleavage of disulfide bonds in the hair's keratin. It plays an important role as a key raw material for the manufacture of N-acetyl-L-cysteine, S-carboxymethyl-L-cysteine and L-cysteine base. Its derivative, N-acetyl-L-cysteine is used as a dietary supplement. It acts as an antidote to acetaminophen overdose and prevents liver failure. It protects nerves from oxidation and thereby prevents illnesses like Alzheimer's and Parkinson's. Being an essential amino acid, it used as animal feed especially for sheep, which is responsible the growth of wool.(Alfa Aesar)
5. L-cysteine is an amino acid that is classified as semi-essential in humans, meaning that the body biosynthesizes adequate amounts of it under normal circumstances. The biosynthesis of l-cysteine requires methionine, which supplies the sulfur needed to make this amino acid. This requirement is one of the primary reasons that sulfur is an essential human nutrient.
6. L-cysteine is available through many dietary sources, primarily animal protein. Eggs and dairy products also contain significant levels of l-cysteine. Vegetable sources of l-cysteine include broccoli, Brussels sprouts, Garlic, granola, sprouted lentils, oats, onions and peppers. The commercial extraction of l-cysteine typically uses human hair, due to its high concentration of this amino acid. Other commercial sources include hog hair and poultry feathers. L-cysteine may also be synthesized in a process that involves fermentation by a variety of E. coli.
7. L-Cysteine`s high reactivity makes it essential in many biochemical reactions. This amino acid is a thiol, meaning that it has a sulfhydryl group at one end of its chain. This group consists of a sulfur and hydrogen atom, and is the primary reason that l-cysteine is chemically active. In particular, l-cysteine readily undergoes reduction-oxidation reactions, commonly known as redox reactions. This reactivity gives l-cysteine strong antioxidant properties, which help support cells from different types of damage.(xtend-life)

L-cysteine, also known as cysteine, is a non-essential amino acid of the human body. Amino acids are protein components and protein is the material basis of life. Ranging from human to microorganism, all consist of protein. Protein is composed of peptides, and peptide chain is composed of amino acids. Different proteins are composed of peptide chains in different order and length. Genes related to heredity are in fact amino acid chains in different orders.
L-cysteine is closely related to cysteine, and two molecules of cysteine can form a cysteine. Cysteine is relatively unstable and easy to become cysteine. Cystine can also re-generate cysteine. These two both are sulfur-containing amino acids, which affect the formation of skin and can be used for detoxification.
L-cysteine is present in keratin, which is the major protein that makes up nails, toenails, skin and hair. L-cysteine can help the production of collagen, and can maintain the skin's elasticity and texture. It is also related to the protein of digestive enzymes, and cysteine can supply –SH group to many important enzymes, such as succinate dehydrogenase and lactate dehydrogenase.
L-cysteine is mainly used in the field of cosmetics, medicine and food. In cosmetics, it can be used for the preparation of perm essence, sunscreen, hair-restoring perfume and other nourishing hair essence. In the field of medicine, it is mainly used for the preparation of methyl cysteine, ethyl cysteine, acetyl cysteine, cysteine methyl ester, cysteine ethyl ester as well as comprehensive amino acid preparations and other drugs. Cysteine can be used as protective agent for radiation damage. In food, L-cysteine can be used as bread fermentation aid (ripening agent), stabilizer of milk powder and fruit juice antioxidants and nutrition of pet food and so on.

(1) L-cysteine can be used as bread improver, nutritional supplements, antioxidants and color fixative. It can also be applied for curing acrylonitrile and aromatic acid poisoning, preventing radiation damage and treating bronchitis and phlegm. L-cysteine can absorb alcohol and convert it into acetaldehyde to alleviate a hangover.
According to GB 2760-96 regulations, L-cysteine is allowed for preparing spices.
(2) L-cysteine can be used for the treatment of eczema, urticaria, freckles and other skin diseases. And its series products are widely used in medicine, food and cosmetics industry
(3) L-cysteine can be used for biochemical research and as the antidote for hepatitis, liver poisoning, radiopharmaceutical poisoning, antimony poisoning, etc.
(4) L-cysteine is mainly used for medicine, cosmetics, biochemical research and so on. It can be used in the bread material to accelerate the formation of gluten and to promote fermenting and depanning, as well as to prevent aging. It can be used in natural fruit juices to prevent oxidation of vitamin C and to prevent fruit juice from becoming brown. The product has detoxification effect and can be used for curing acrylonitrile poisoning and aromatic acidosis. This product also has the role of preventing the human body from radiation damage. It can be used as bronchitis drugs, especially as phlegm drugs (mostly in the form of acetyl L-cysteine methyl ester salt). In cosmetics, it is mainly used as cosmetic water, perm solution, anti-sun cream and other skin care.
(5) L-cysteine is widely used in medicine, food and cosmetics industries.

Sino-excellent provides solutions for human nutrition, beauty, food, pharmaceuticals and animal nutrition. Excellent has grown to become a global business, providing a wide range of functional products across 60 countries, with 600+ kinds of products

With over a decade of active industry experience, our wide range of supply chain capabilities allows us to be increasingly innovative when it comes to product development and a new application for our customers. we are able to provide an integrated product solution at premium quality.

Core value
Pursue:
Our pursuit is to realize customers'dreams in the field of health, and relying on a drip by drip, perseverance and hard pursuit, we become the world's leading enterprises.

Employee:
Serious, responsible and effective management is the greatest wealth of excellence. Respect for knowledge, personality and collective struggle to make our cause grow continuously

Technology:
Widely absorb the latest research results in the field of health, modestly learn from excellent enterprises at home and abroad, develop and cooperate to develop leading technology systems, so that our products stand on their own among the world's top health powers.

Spirit:
To love our motherland, people, cause and life is the source of our cohesion. Responsibility consciousness, innovation spirit, dedication and solidarity, and cooperation spirit are the essence of our corporate culture, and seeking truth from facts is the criterion of our behavior.

Email to this supplier